5 Things to Learn From Networking When You Suck at Networking

“How do I grow my professional network if I suck at networking?”

Does this sound familiar?

Unfortunately, this is a feeling I know all too well.

Networking is a weird word. One that conjures up all sorts of emotions. But it doesn’t have to make you feel uncomfortable.

Many people would consider me an introvert. I’m not much for small talk. Crowds typically make me uncomfortable and it’s difficult to connect with people on a personal level in social settings.

However, making and maintaining quality relationships is key to building a successful career.

So, I got to thinking, ”If I want to build my professional network, how do I overcome the unnatural feeling of attending networking events?”

For me, the solution was to ditch the networking events and focus on one-on-one interaction.

1. GOOD LEADERS ARE EAGER TO HELP

All good leaders have quality traits in common. One of those qualities is the eagerness and willingness to help others succeed.

As an extreme example of this, in 2014 Elon Musk released all Tesla’s patents to be available for free to all his largest competitors. Unheard of in the ultra-competitive auto industry, Musk released his patents to, among other reasons, speed up innovation of affordable electric transportation and reduce our dependence on oil.

Admittedly, it was a little intimidating asking professionals who I had no previous relationship with to meet for 30 minutes over coffee. They are busy people. Why would they ever give me the time?

It’s because they know the importance of networking. Because great things get accomplished when ideas are shared and relationships are made.

Any opportunity to share knowledge and learn from others is time well spent.

Knowing this, I try my best to always bring something of value to each face-to-face meeting. I never make it about me, but I’m always prepared to share details about projects our team is currently working on and take a genuine interest in the person sitting across the table.

This interaction has resulted in ongoing relationships where we’ve been able to collaborate on projects and capitalize on the initial meeting. 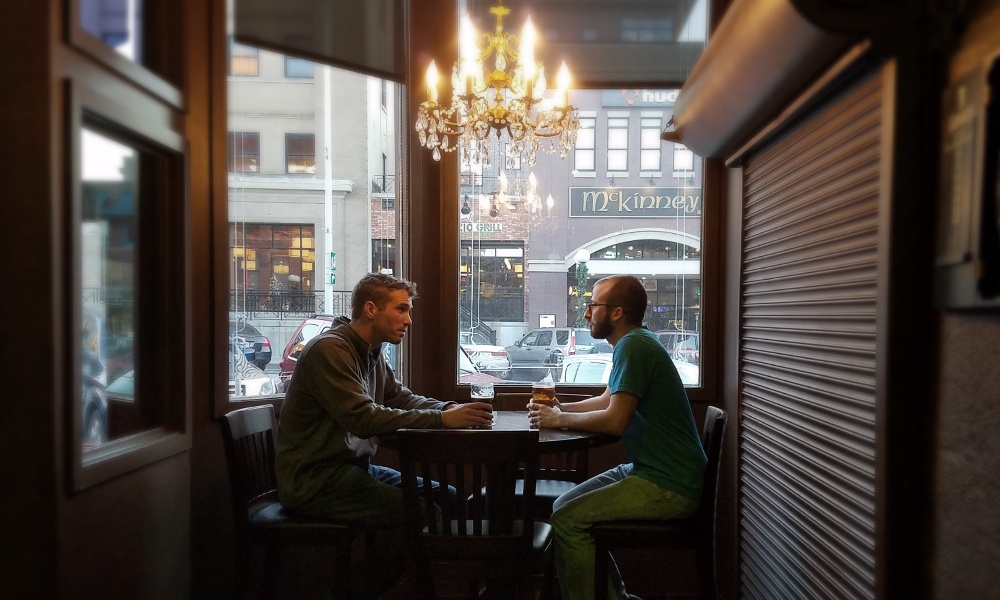 2. EVERYONE HAS A STORY WORTH HEARING

I recently sat down with someone who I thought would give me good insight on account management and client relations. He did, but the conversation quickly turned once he mentioned he spent the early part of his career as a journalist and news reporter.

Two hours (and three IPAs) later, our time had to end, although I didn’t want it to. His stories about covering news in Vietnam, Washington D.C. and nearly every small town in Nebraska kept me engaged and wanting more.

No matter the profession, there is nothing more educational and impactful than true human and emotional experiences.

The word “passion” is thrown around a lot.

You read it in every book and hear it at every speech related to professional success.

It’s one thing to read it and hear it, but it’s quite amazing when you actually experience it.

Not one person I’ve met with has said the words, “I have passion for my work.” They’re beyond that. It doesn’t need to be said. That passion has already been identified and engrained into every decision they make every day of their life.

Passion is like the flu. It spreads when people get close and can be very powerful.

I’m immediately attracted to the personal momentum of the people I meet with. My guard goes down and my interest level goes up.

True passion is something that cannot be faked. It’s heard in the tone of their voice, it’s seen in their body language and it’s noticeable in their facial expressions.

Every meeting is reminder to find your passion and work tirelessly to master it.

It’s hard to be a leader if the people you’re trying to lead can’t relate to you.

Similarly, it’s hard to take advice from someone you can’t relate to. At least it is for me.

One of the biggest surprises I’ve experienced from un-networking has been the power of relatability.

As the people I meet with talk about challenges and failures from early in their career, I can relate, because I’ve experienced the same things. As they talk about how they overcame challenges and moved past failure, I listen and learn.

Hearing success stories from people I relate to is very motivating. That motivation builds confidence. Just like passion, that confidence is contagious. It can be the power needed to jumpstart personal momentum. The fuel to keep moving down the road of professional success.

5. THE ROAD GOES ON FOREVER AND THE PARTY NEVER ENDS

This famous line from Robert Earl Keen really doesn’t hold true for many things. But, for one-on-one networking, it’s as true as the sky is blue.

I always ask about people in their professional circle who would be a good fit for me to meet with. They are usually receptive and happy to share contact information.

Sometimes, I don’t even have to ask. Through conversation, I’m often told, “I know someone who I think you’d be really interested in talking to. Let me put you two in touch.”

The un-networking road goes on forever. When you take advantage of opportunities to build relationships, the party will never end.

FIND YOUR UN-NETWORKING STYLE AND PURSUE IT

While I still suck at networking – at least in terms of traditional social events – I have found a style that works for me and my personality.

Meeting the people I’ve met and learning from their experiences has been very insightful and rewarding.

If you want to grow your professional network, but can’t handle the atmosphere of social events, there is a solution: Find a style of “un-networking” that works for you and pursue it.

Identify someone who inspires you and make contact with them. Be genuine, honest and leave your ego at the door. Come to the meeting with an open mind. Be prepared to share reasons you reached out to them, be willing to learn and don’t waste their time.

Networking can feel like a strange feat. But, it doesn’t have to.

So, up for a cup of joe? Contact me at branden@simplestrat.com. I would love to hear your story. 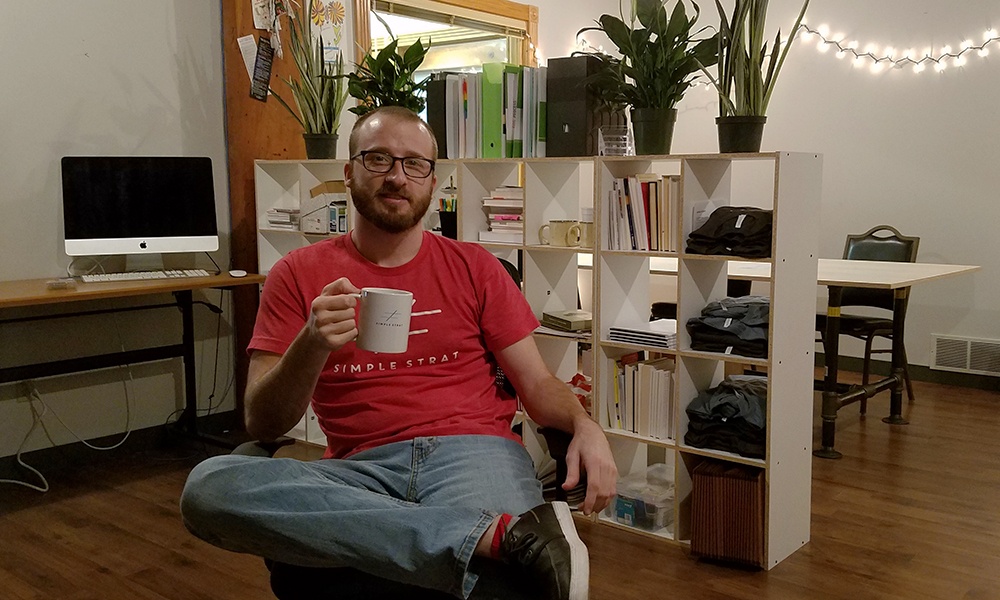